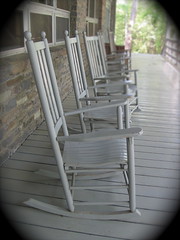 There are those times when you realize that a person who you have in your life is truly a gift to the world. I remember at my uncle’s funeral coming to realize that he was far more than the scary, tall man with the big beard from my childhood and I developed a whole new level of respect for him and who he was.

Today, I went to a surprise reception honoring a woman I have known since I was a child going to summer camp as well as the times I worked there and on. She is terminally ill and her family wanted to honor her life and dedication to this camp. They mounted a fundraiser to support a new building on the camp. It was very successful and today, they surprised her with the oversize check for almost a third over their goal!

Listening to folks talking about her, I was reliving their memories (some of which I share with them and some I had never heard before) and just went down memory lane for a little while in this place that is very special to me and my family. This woman is a wonderful role model of all that is good and decent in the world. I just heard someone lamenting the loss of a friend of his saying that he hoped to be 1/3 of the man that his friend had been. I can only hope I can be 1/3 of the human that this woman is…that would be a goal worth working toward but one that will be hard to reach.

At the camp itself, there are lots of changes from when we first started going to this camp in the 1970s, as you would expect. But, one thing that has not changed and I hope never will is the large porch outside the dining hall that is lined with rocking chairs.

Being there on a Saturday afternoon brought back many Saturday afternoons on that porch, getting counselor mail call and waiting for the staff lunch before we were cut loose for our 24 hours off before the next batch of campers. What did we do? Usually, went camping!!