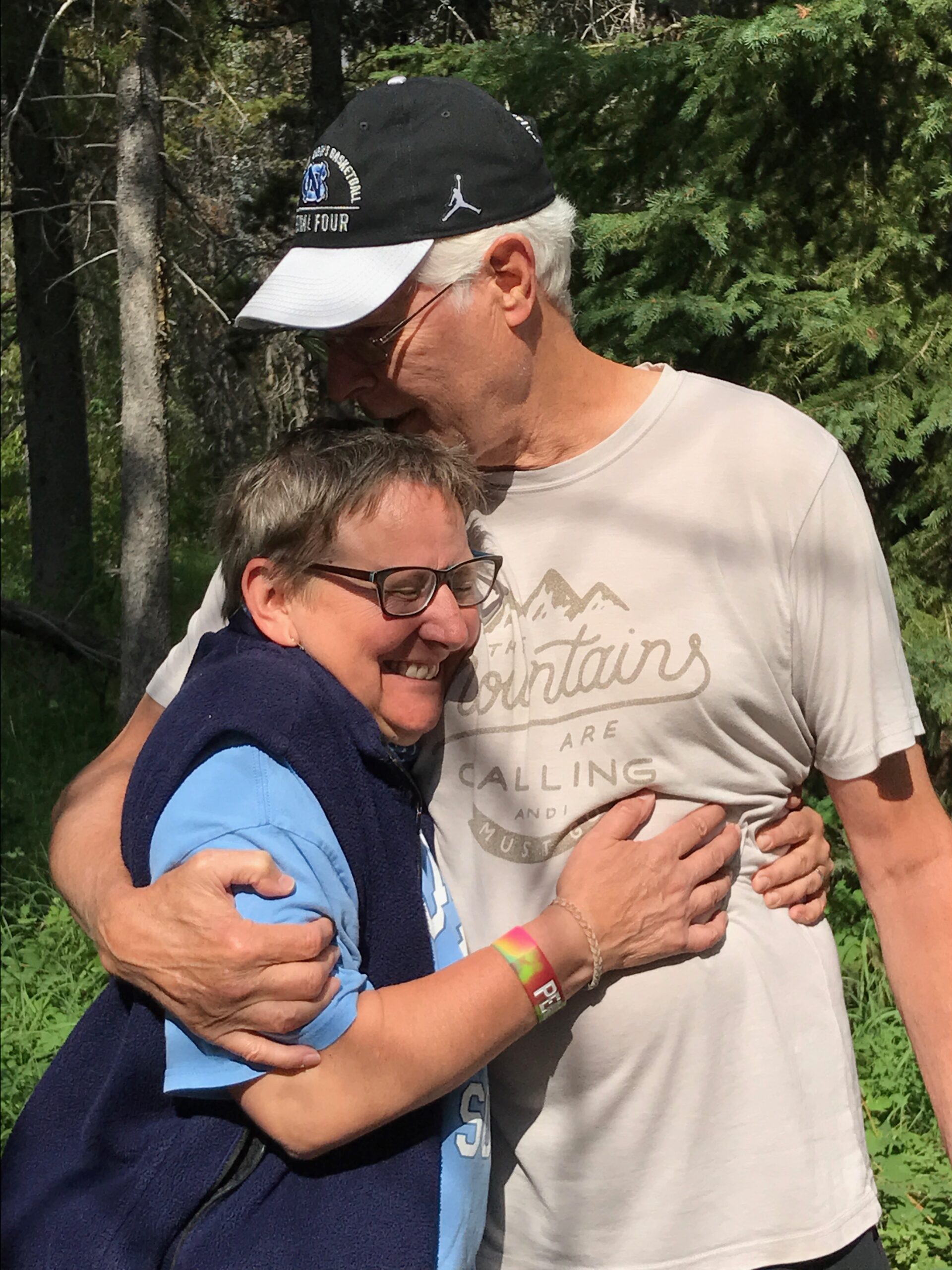 My last post was written right after I returned from Japan. It was a Level 2 country and the USA seemed to be avoiding the coronavirus at the time. Well, that was a different 2020.

Since then, we have had fire tornados, inland hurricanes, a national reckoning with some deep and long lasting wrongs, and way too many deaths from a virus that could be avoided by following some simple actions. Said virus completely upended my workplace and we have spent the summer preparing for how to approach a new school year with the virus still active. It’s been a long, hot, frustrating and busy time. I am grateful that I am able to work from home and stay safe. I realize how much privilege I have in my life. One privilege I will always cherish is my group of friends from summer camp days.

And, I lost one of them this week. Now, I really don’t want this blog to become all about death. But, it seems like that is when I am moved to write.

Tony was a tall and gentle giant with a heart that was as big as his reach. I met him when I was a young teen going to camp for the first time for a week where we camped out in the Pisgah National Forest with about 50 other junior high kids. He showed us how to pitch a tent, cook over a fire in a frying pan larger than a car wheel. He told us that we didn’t need a watch, just to follow our needs – get up when we wanted to and go to sleep when we needed to. And, if he could see three stars, he was going to sleep outside. We did that plenty of nights..and also got rained on some of those nights anyway. I also learned important things like tuna fish, macaroni and cheese and some canned peas mixed all together taste mighty fine after a long day of backpacking.

After I was in college and started working at the camp, I moved from camper to counselor and became a co-worker with him. But, really never a peer. He was always ahead of me. Not just because he was older. Just because he was. I admired him so much. I wanted to be his friend. And I was. For over forty years.

He walked in so many circles beyond the camp crowd and he was an influence in all of them. He was confident, smart, kind, super smart, funny, compassionate, patriotic, and loyal. And, he usually didn’t suffer fools but he rolled his eyes at much of our silliness but he hung around for it…until it was too much. He always pitched his tent a little away from the rest of us. I think that space was important for him.

He loved the things he loved: Cheerwine and peanut M&Ms, the Tarheels, the Rocky Mountains, his iPhone and Macbook Pro, Yellowstone National Park, Crater Lake, his family, wildlife photography, and the open road. When you were around him, you better mean NORTH Carolina when you said “Carolina” in a sentence. (sorry my Columbia, SC friends). Most of the time, it was “too far to plan ahead” when you were trying to work out when we could get together.

He lost all or most of of his belongings twice to apartment fires. He knew that the important stuff in life was not in the stuff. He also knew how to build you up when you needed it. I wasn’t in regular touch with him for long stretches but when we were together or in touch by chat, email, text – it was always supportive, warm and encouraging. We usually shared texts about women’s soccer and the latest Apple products. I helped him with Adobe Photoshop and we talked about photography editing more than politics.

My camp friends are my best friends. We get together on occasion and technology helps us stay closer as the years go on. Now, we text a lot more often. We’ve had a few Zoom meetings since March…but I don’t think Tony really liked those. It’s a bit chaotic and loud. He preferred the quieter conversations around the campfire. Or singing songs around the fire. The words of John Denver, Peter, Paul and Mary, Woody Guthrie or Willie Nelson were often part of our gatherings. As were Tony’s words. His take on the world was always interesting and always challenging. I remember when I was telling him how much I was reveling in a local restaurant owner kicking out a local politician from her place and he stopped me and told me how that was also discrimination. He didn’t agree with the politician but he understand the need to treat everyone equally. I didn’t want this jerk to be treated equally but I got his point. Eventually.

One of of the many weeks of camping with him, the group of campers climbed up Chimney Tops in the Great Smoky Mountains. It is a tough hike but popular so the trail is crowded in the summer. Tony kept poking around at the top and told us he knew an old trail down the backside of the mountain. Off we went…down something that was sorta, kinda, not at all a “trail” – it was overgrown, steep and hard to navigate. But, we got to the bottom onto a road and eventually got back to our transportation to get back to the campsite for dinner. It is one of my most vivid early memories of following him without question. Well, almost without question.

As I have tried to navigate the last few days after losing him to complications from gastric cancer, I also realize that because of him I am on an overgrown and difficult path. I’ve been on the path of grief before. But, it has been a while. I’ve been more on a beaten path of life in recent time. Once again, Tony has taken me on a trail that I wasn’t expecting or prepared to attempt. It’s tangled and dense. It’s steep and makes me fall down sometime. I realize that once again, I have followed this man to the edge of some part of the earth. I’ll get down to a safer road again. I know that. But, right now, I’m stumbling a good bit.

I also know that I will miss him. Very much. Probably always. I think that is the mark of a good friendship. It doesn’t really leave. No matter what.

This year continues to not be the year I imagined on January 1, 2020.

Tony was able to travel to his beloved west USA last month with his family and some close friends who joined for various parts of the 3 week trip. My last communication with him was to text him asking if he was seeing the Comet Neowise in the dark skies of Montana. He told that it was getting dark too late there so they weren’t. His last text to me was “..we need you with us.”

I need him with me. I know he always will be in my heart but I will certainly miss him until we meet again around our next campfire.