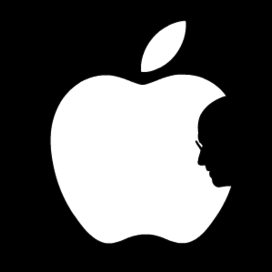 I have really only cried when two celebrities died: Roberto Clemente and Jim Croce. I was much younger then, of course, but while I have been saddened by the loss of a favorite singer, actor or other celebrity, I have not really been moved to tears in a long time until I heard this morning about the death of Steve Jobs.

I am an unabashed Apple fangirl and I have been since my first experiences with the Apple II during undergraduate school and the time that a friend brought over this new computer called a Macintosh..it was cute. Small. “Portable”. And this mouse thing was really something else. I was hooked and have been ever since.

Several models later, a few iPods, iPads and so on (except for the iPhone – never had that), I remain brand loyal and a big Steve fan. Yes, he has an ego. Yes, he sometimes pushes things that I don’t think are the best move but by golly, his vision wins and then all of the sudden we realize that we didn’t know we needed (fill in the technology here) but we certainly cannot live with out it now!

His vision of technology is one of beauty, simplicity, power, creativity and fun. How can you not love that?

An oral history interview from the Smithsonian.